My feature screenplay. AKA MANTO: DREAD FLUSH, gets an Honorable Mention in the Top Five Screenplays at Zed Fest Film Festival's Screenplay Competition.

Within These Walls Tracie Jules

It's Not About Bigfoot Mindy Bledsoe

Please visit us at www.zedfest.org for more information

Some pretty excitring things have gone down and are currently going down.

We have one more coming up later in November at The Night of Horror Film Festival / Fantastic Planet Horror Sci- Fi and Fantasy Fest. This festival is in Austrialia and BRINE is featured in the CTHULHU LIVES! shorts block, on Sun, Nov 29, 2:00pm.

BRINE also recieved an award at the Zed Fest Film Festival for *Screen Story*. I think that's a way of saying screenplay....perhaps? 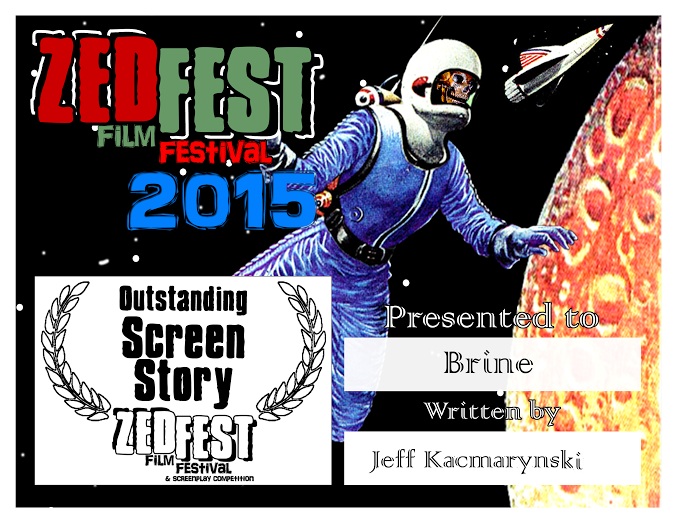 BRINE has made its way online now...so here it is if ,anyone reading this, so wishes to watch it.

SPEAKING IN TONGUES is another short screenplay I wrote, that has been made into a film. This is an attempt at something a little lighter and still slightly, in the realm of Lovecraft. It screened at the Freeky Creek Film Festival in October. I'm not sure if it will be making the rounds next year to any other festivals, so here it is online, if anyone would like to watch.

Speaking in Tongues from Sleepy Creek Studios on Vimeo.


In other screenwriting news, my screenplay AKA MANTO: DREAD FLUSH, is a finalist in the Zed Fest Film Festival's 2015 Screenplay Competition. Somehow, I managed to get in next to some heavy hitters and talent in screenwriting and the festival circuit. Congrats to them all, as well.

Here is the link  to the list of Finalist Screenplays!!

I'm also trying another attempt at a short film, early next year. So, hopefuly this will work out and we'll have a darkly funny, disturbing super short film to show anyone who is reading this, in 2016.

Thanks for reading, if you are. Have a great Thanksgiving and whatever Winter Holiday you celebrate, if any.

Two of my short films I wrote and directed, will be showing at the New Art Film Festival (or NAFF) in Champaign, IL. Nice little film festival, that showcases short films and such from the areas. Both DEAD THERAPY and LIFE OF FLORENCE RAE, will be playing on Sunday, October 4. Strangely, it is the same day that BRINE, the short I wrote the script for, will be playing at HPLFF in Portland OR. Really wishing I could be there for that, but I will be at NAFF!!

Here is the link for the schedule of movies. 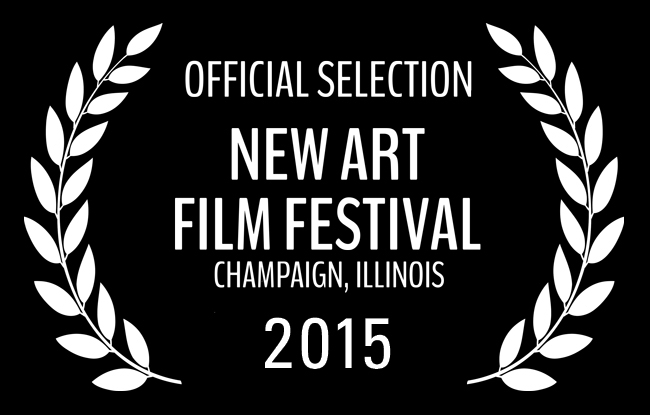 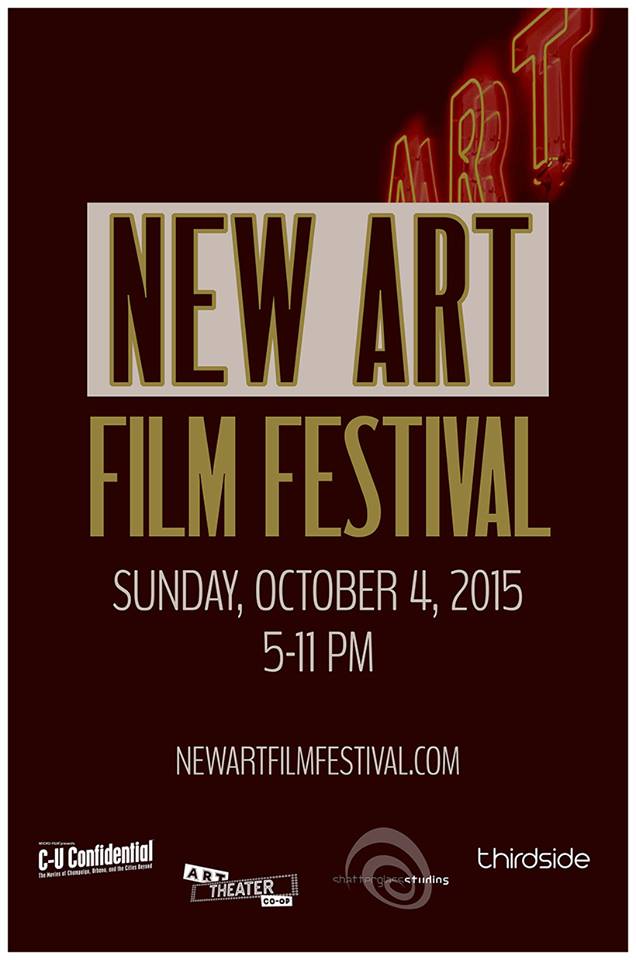 SPEAKING IN TONGUES - On Set Pictures

One of my short screenplays, went in to production tonight. SPEAKING IN TONGUES is (will be) a super short / micro budget film.  Sort of creepy, sort of funny, and kind of dark, it;s being directed by the same filmmaker who directed my screenplay (and HP Lovecraft Film Festival finalist) BRINE.. One more day / night of location shooting coming up. I've no idea when and where it will be available for online viewing. I do believe it will make a premeir at a local film festival coming up.

Snapped some BTS of the shoot. Came out kind of lousy, due too my camera phone not working so well these days. All I could get. Not only was I invited to set, I got to fill in for script supervisor. 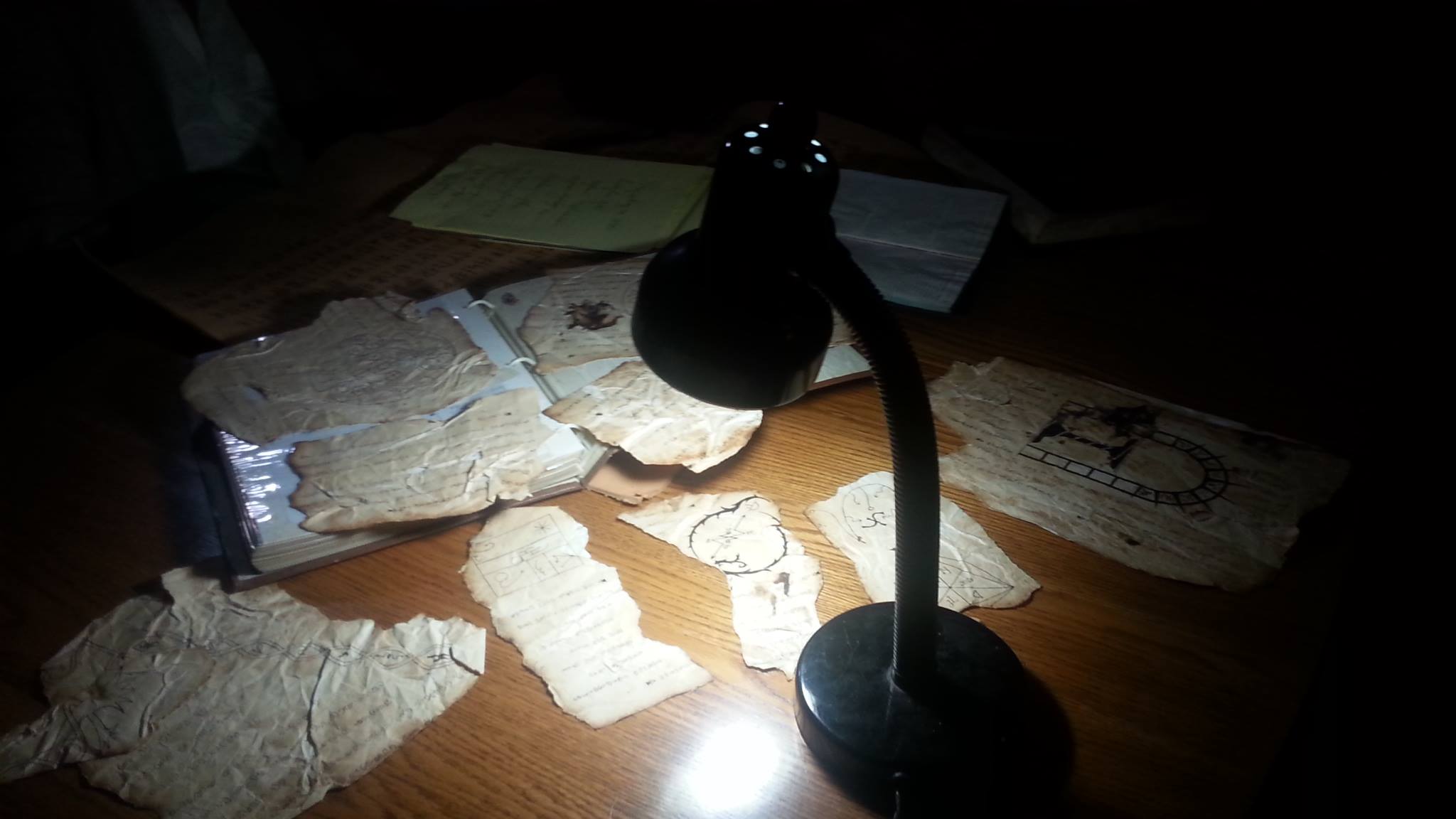 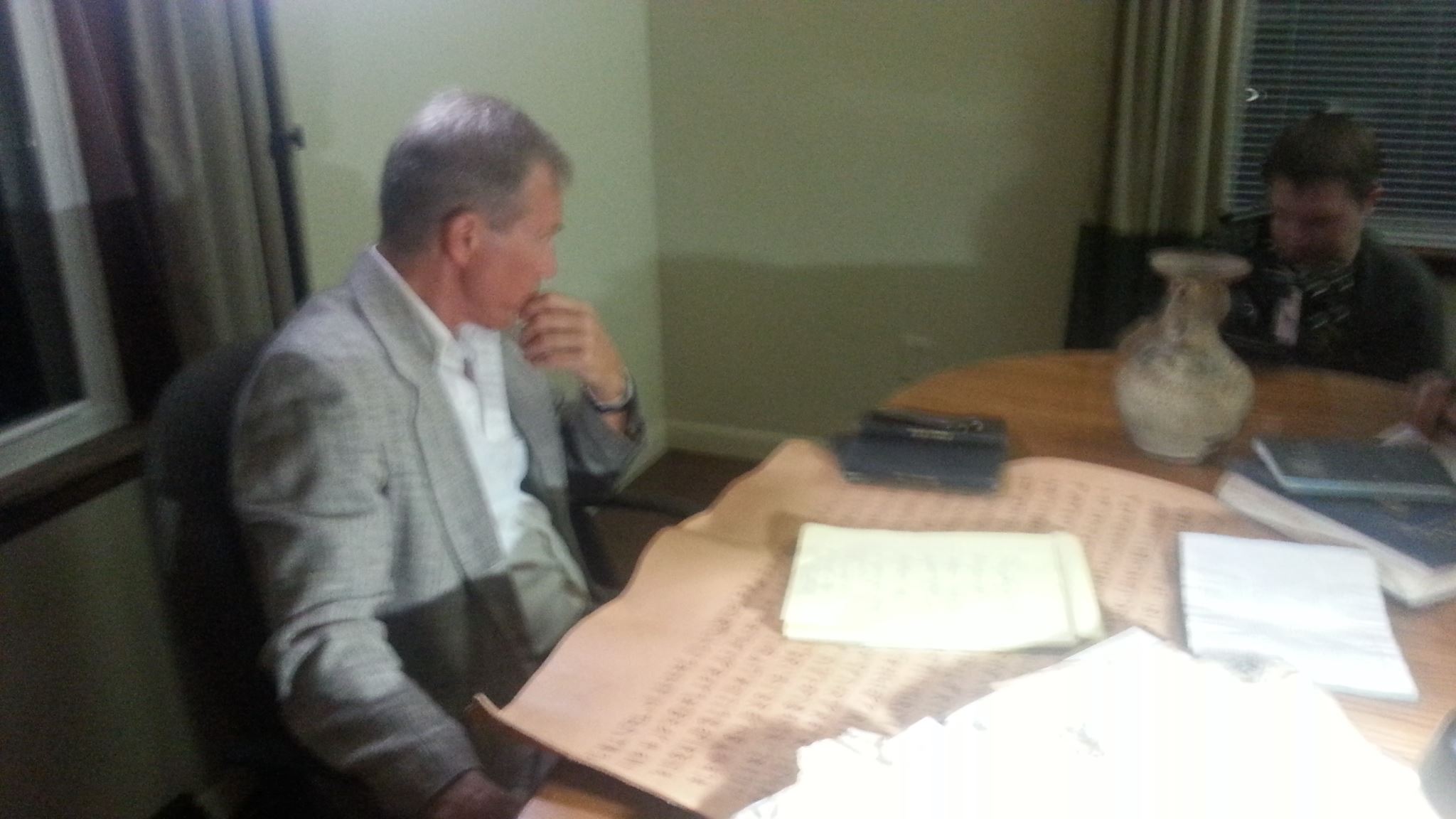 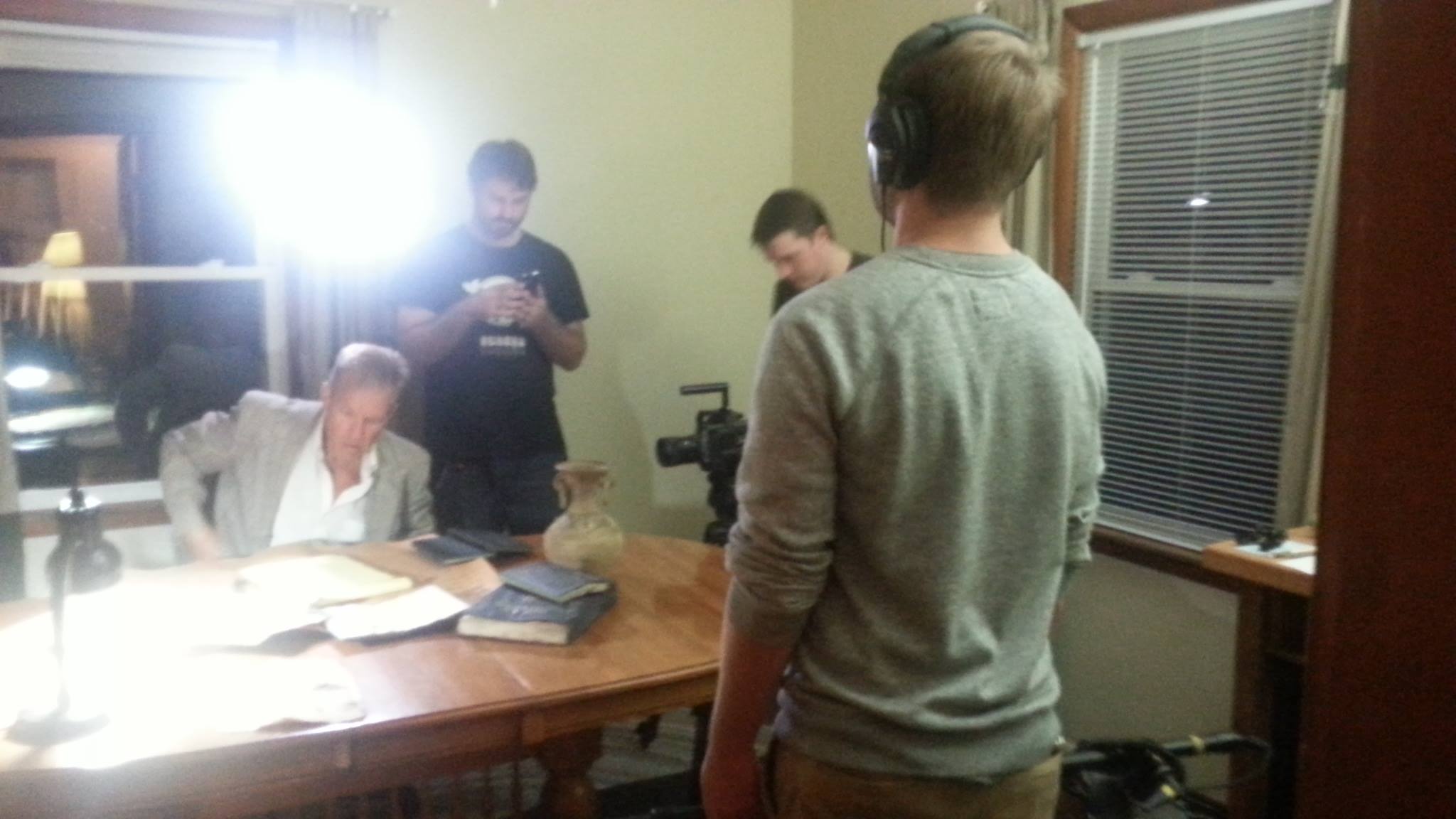 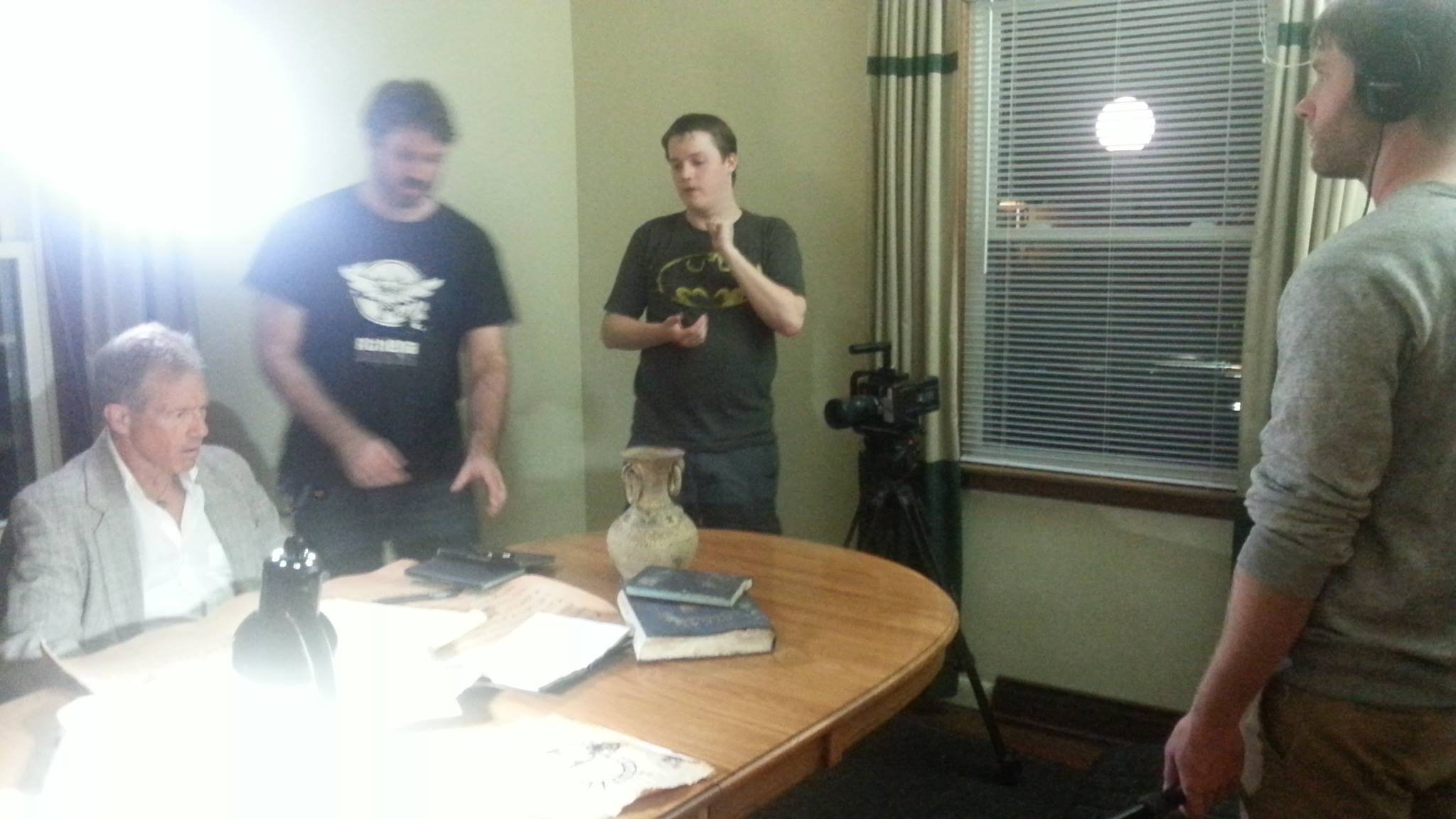 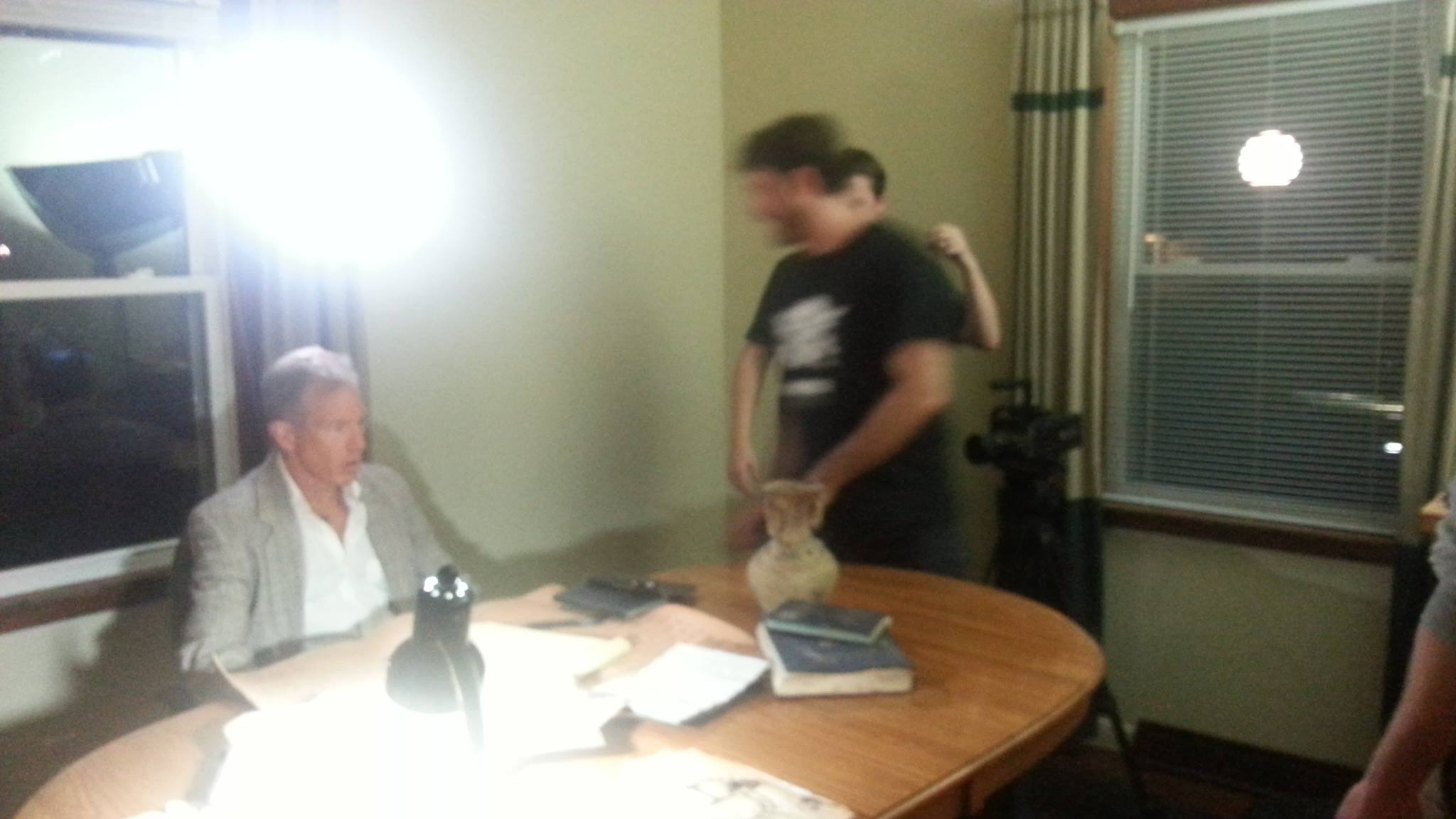 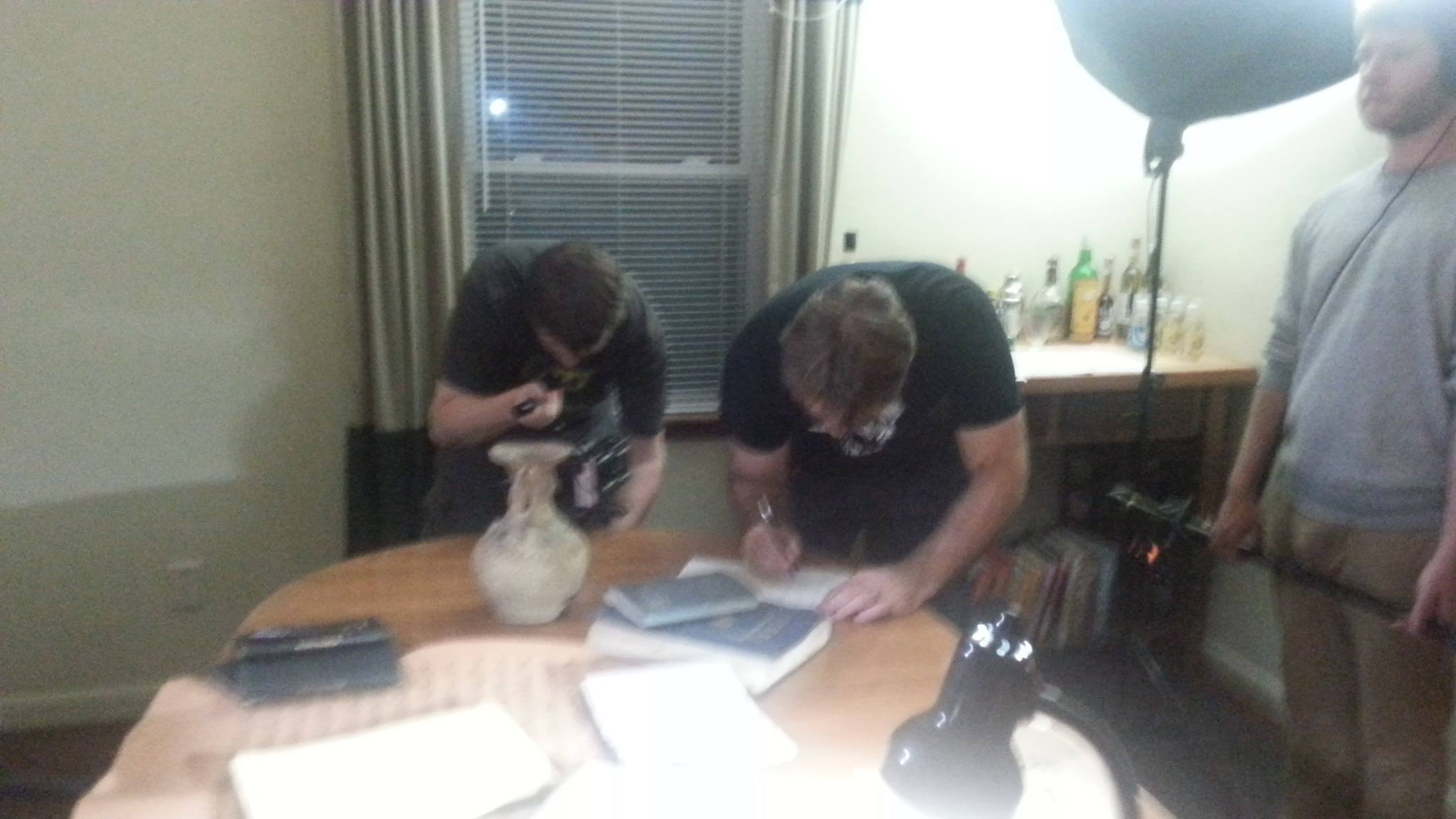 Time for an update, and since we are moving into autumn, I'll call it the Autumn Update!

Not much going on. Been working on a few stray screenplay things here and there. Completed a few new shorts, and have added them to the list of available screenplays. (Located on the ABOUT ME page)

Did not submit to any festivals this year, as I really wanted to take the time to perfect a project I'd been working on for a long time. I think I have it set to where I am FINALLY happy with it. Sending it out to a late festival in a couple of days for a first attempt with it. We'll see what happens.

Oh, and a screnplay of mine, BRINE, was completed as a short film by a local director in the area I live. I've had the chance to see it, and it remains faithful to my script. Guess that's all a writer can ask for. It has been selected into the H.P. Lovecraft Film Festival in Portland OR and will be playing in the first part of October. Pretty cool.


Laurel on generous loan from The Director: 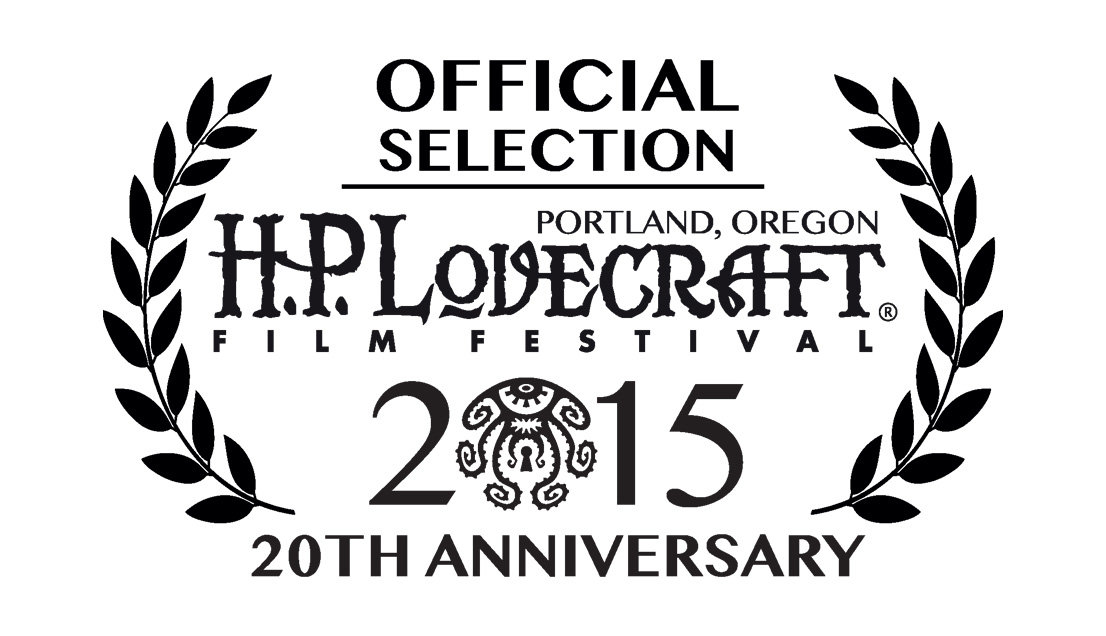 As mentioned, if anyone reading this is even just curious about any scripts of mine, please see the ABOUT ME tab, and I have an extensive list of available scripts for production!!

As always thanks for reading.

Here comes my once a year update.

DEAD THERAPY screened at a couple of cool festivals in 2014. Played at the Rock and Shock Festival and at Indie Incubator Film Fest in Chicago. Extremely proud of the little film.

Made a second short last summer, THE LIFE OF FLORENCE RAE. Super easy shoot. No budget. Throwback style to B Grade movies.

Here's a quick round up of all the exciting things that went on this past month!

My short screenplay DEAD THERAPY, went on to win the Best Short Screenplay at the RIP Horror Film Festival!

Wrapped up production of the short film version of the screenplay, with two days of on set filming. Stuck in post at the moment. As of this update, I've assembled a rough cut of the last three minutes of the film.

I had the pleasure of pitching my screenplay WITH CHILD to a small Canadian company. Nothing else came to light, but it was an extreme awesome experience.

Working on an ambitious feature screenplay while in post with the short film.

My feature script REFLECTING THE VOID will be sent out to a couple of competitions this year, WITH CHILD will go to several!

Looking forward to what Feb, will bring!

So, my feature script DEVELOPMENT HELL, did not progess any further to Shriekfest. Not so lucky like last year, I guess.

Anyway, done and over with that, because the really good news is that my short script DEAD THERAPY, has been put into competition at the first R.I.P HORROR FILM FESLTIVAL's screenplay competition!!

Super excited about that.

Regarding DEAD THERAPY, some big changes have happened. Originaly to be shot in L.A., I've made the choice to shoot it local in Champaign Urbana , next year. Really excited about hopefully working with the insane amount of talent out here!! Hoping to start production early next year, and I'll have more on that in the near future!! 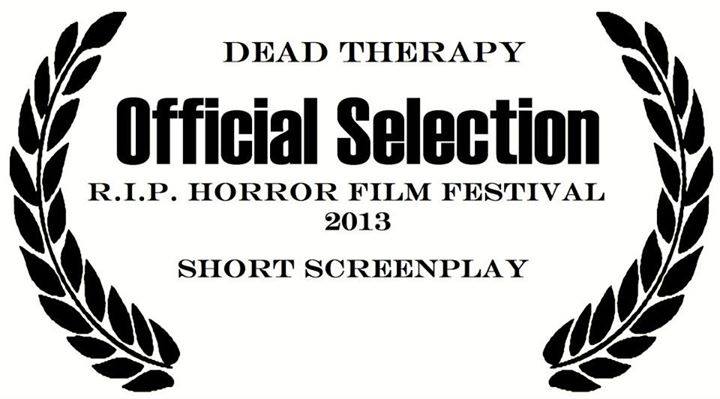 My script DEVELOPMENT HELL has made it into the quarter finals over at the Shriekfest Film Festival and Screenplay Competition. That's two years in a row. Hope to make it another year to the semi-finals at least.

It's a ways off, but I'm already looking forward to starting to plan my short film DEAD THERAPY.

Here's a link to the FaceBook page for it!!